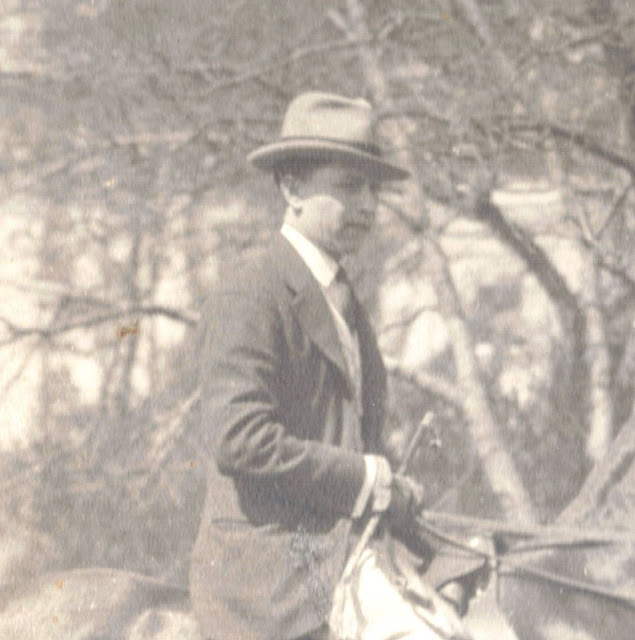 Not long ago there was speculation on the family Facebook group about this photo. Mark and Launa came across the picture in her attic. The consensus was that this is Charles Earnest Tapply, who I knew as Uncle Charlie. Charlie had a history with horses, so I wasn't surprised to find a photo and article in the December 14, 1950 edition of the Fitchburg Sentinel. 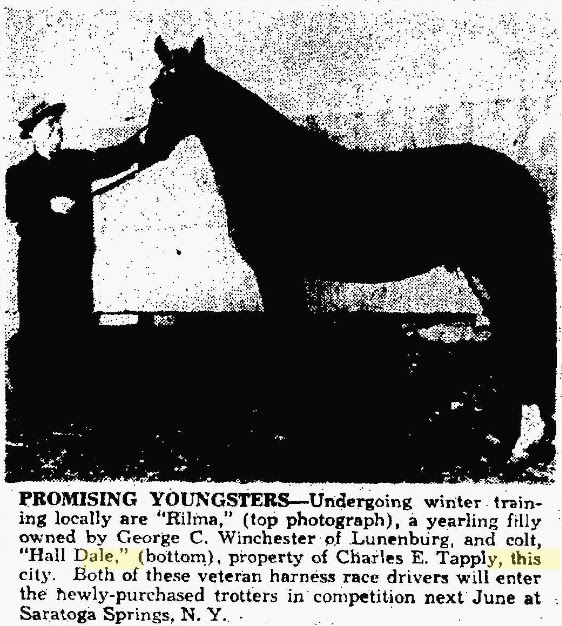 The picture isn't too clear, but this is the story I remember being told. Charles Tapply was a harness race driver at the Saratoga Springs track in New York. The article also mentions that Charles had being training colts "since he was 15 years old".   By the time he appeared in the first picture, he was already an experienced horseman.

Of course by 1950, Charlie was already 63 years old. There is a theme running through the family though....Charlie was into horses, Bob's boys Warren and Norm are into horsepower of another kind -classic cars. Kevin collects old cars and a beaut of an old fire engine.  Buzz's son, Todd, raced cars in Las Vegas. The Tapply boys must have a need for speed. The apple never falls too far from the tree.
at November 07, 2016 1 comment: