Lil' Punkins for a Throwback Thursday 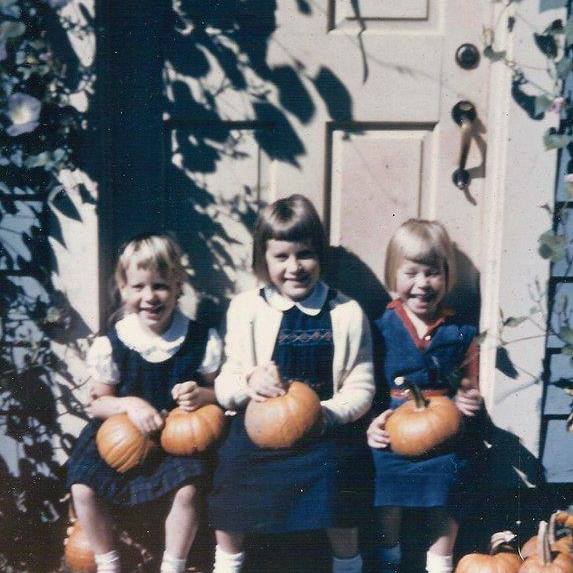 Melissa, Melanie and Holly Jones on the steps in Lunenburg some time in the late 50's. For my cousins, here's how we are related. 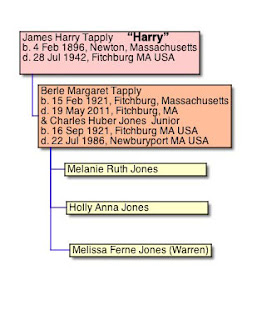 Another cute picture from the Tapply cousins and very timely.
at October 26, 2017 No comments:

A Nostalgic Look Back

To me, this photo looks like it ought to be a promotional photo for a classic TV sitcom. It's just such a nostalgic photo of a particular time. These are my Tapply cousins about 1960. The race car looks like something straight out of  "The Little Rascals".

Susan Tapply Ingraham explains that her grandfather Charles built a small subdivision of homes on Maple Parkway in Lunenburg, Massachusetts. Maple Parkway was on a small hill, so perfect for a race car in the summer or a sled in the winter. Here's what Susan was able to tell me about the photo:

"Some of the homes were built by Grandpa Charles and I think he named the road. Uncle Chuck, Charles Jr. built some. Uncle Bob, Charles's son raised his family there also. It was a wonderful neighborhood where all the boys would build their carts and race down the hill. We had huge games of capture the flag in the woods behind the houses and also went sledding on what is now Walmart Mountain. The Ruggles family, four boys, would hold Jimmy Fund fairs and the entire neighborhood would become involved. We had wonderful memories in that neighborhood that Grandpa Charlie began. Uncle Bob's daughter, Launa, still lives there. She has carried on the Tapply construction creativity in her remodeled childhood home" (The Jimmie Fund is a charity that raises money to fight pediatric cancer)

Mark Tapply added that the race car was built by his father, Chuck and by Robert Tapply's son, Buzz.
For those trying to keep score with all the Tapply names, here's a greatly simplified chart for the names in this post: 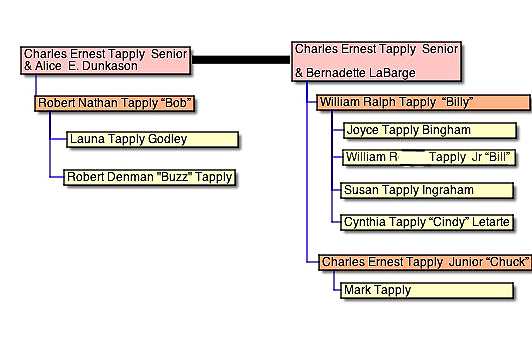 I love photos that evoke a certain period and this one really does!
at October 14, 2017 No comments: